Brussels can get a bad rap from tourists; frequently labeled as ugly and often overlooked in favour of prettier Bruges or cooler Antwerp. But on a recent three day trip, I found the Belgian city full of cobbled streets, cute houses and beautiful squares. Sure there’s some unattractive administrative buildings mixed in there too but considered overall, Brussels is jam packed with great restaurants, bars and cafes and has enough shopping and sights for a great weekend away. 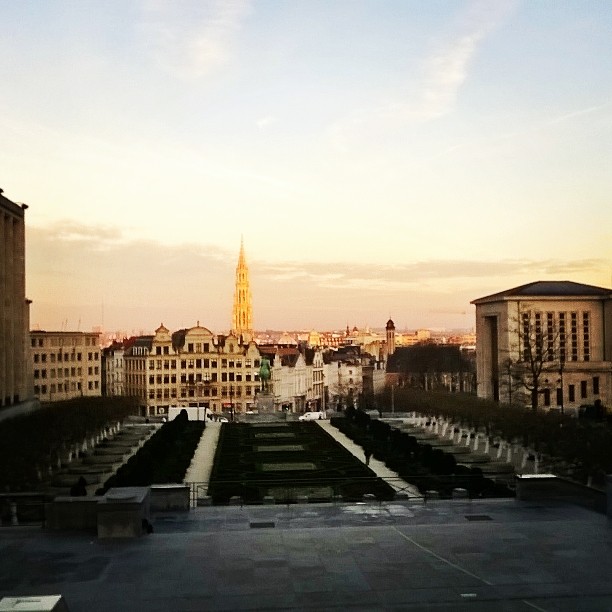 Top tip: Still not convinced Brussels is your best bit? If you have three days you can easily combine a visit to the city with a day trip to Ghent or Bruges- or even both. If you want to avoid the tourist throngs, opt for Ghent. It’s just as nice as Bruges but more low key.

Back in Brussels, head out early in the morning and walk the pretty cobbled streets. Visit the Royal Palace and wander down towards the Palais de Justice, enjoying the beautiful architecture you encounter along the way. 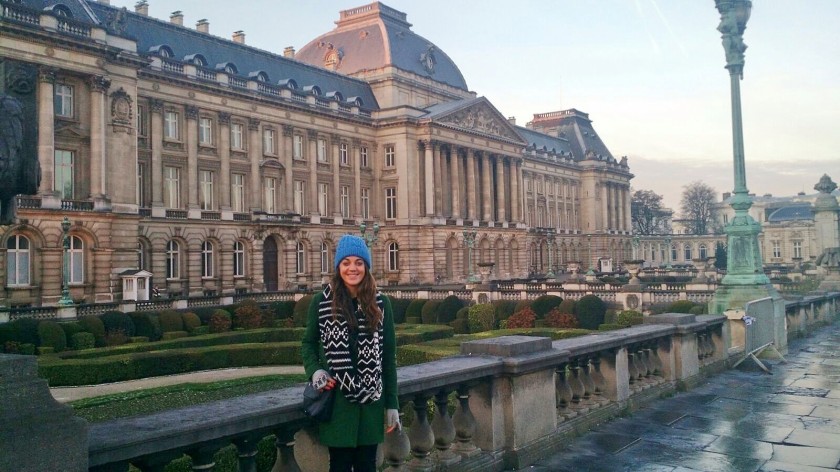 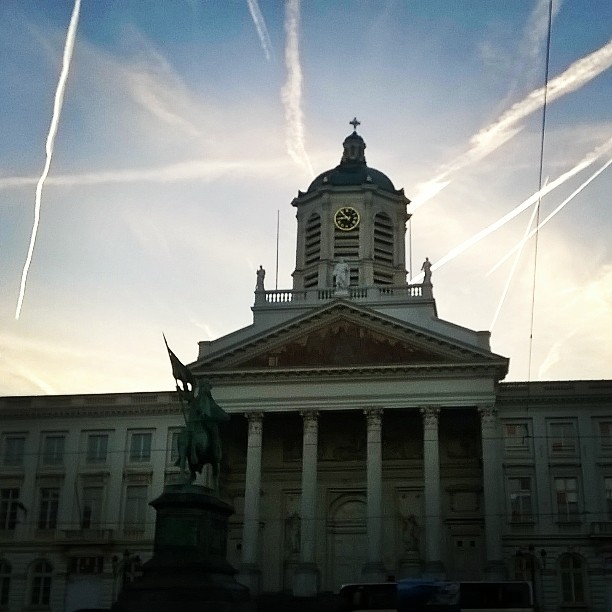 Then,  go to the European Parliament and head round the back to snap a picture of a piece of the Berlin Wall . . . 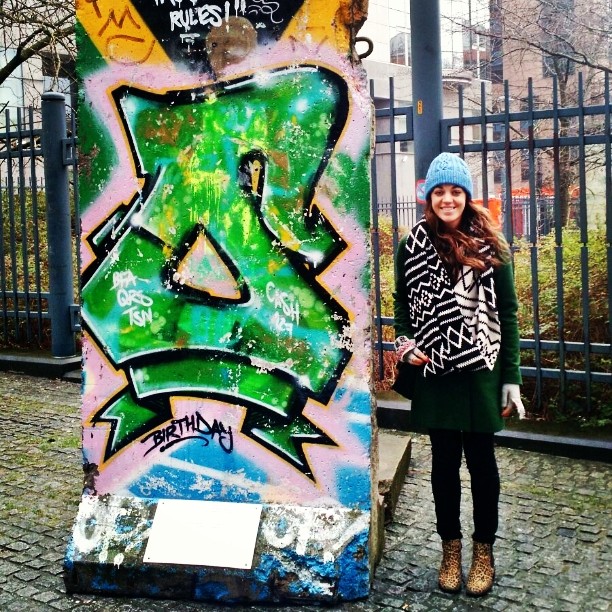 . . .before cutting through the park in front of you and walking another ten minutes or so to the Arc de Triomphe. 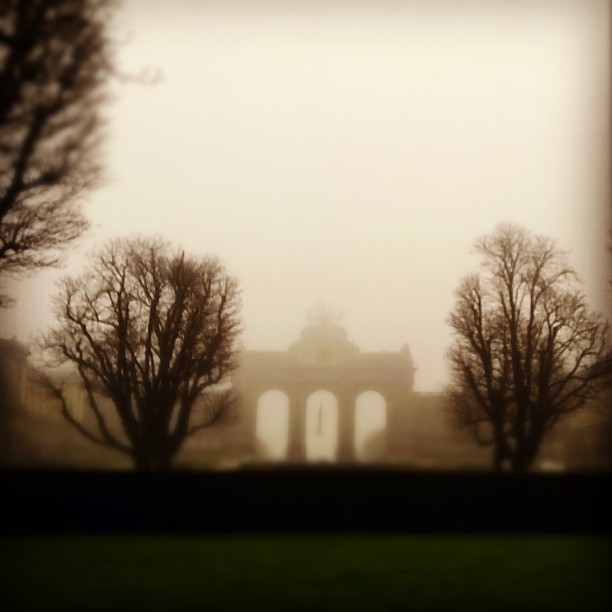 The Arc de Triomphe on a foggy January morning

My advice? Skip the nearby Royal Museum of the Armed Forces and Military History; unlike other European war museums I’ve visited, it’s a cavern of poorly curated exhibits which unfortunately doesn’t tell any coherent story. But climb the steps or take the lift to the viewing point at the top to enjoy the view over the city!

Hopefully you’ll experience better weather than I did!

Next, head towards the city centre to sample some waffles and chocolate of course! There’s so many cool Art Deco cafes to chose from but if you really need a Starbucks fix, try the one at La Grand Place; sit outside and enjoy the opulence of its freshly restored exterior.

My favourite thing about Brussels? The food, drink and atmosphere! Brussles has some good sights but the best thing about the city is socialising with its multi-cultural inhabitents. Wander the city and find some pretty coffee or hot chocolate spots like this beautiful square in Matonge.

And don’t forget, the old cliches are there for a reason. You absolutely must spend an evening sampling Belgian beers (of which there are MANY) and you must then try some Belgian fries. I had these ones from  Frit Flagey!

You like your weekend breaks full of food, drinks and wandering pretty European cities; you’re less concerned about packing in tonnes of big sights; you are a politics nerd or you’re not too concerned about shopping- Brussels is full of all the European chains and international high end brands but doesn’t have much of an independent design scene. Also if you fancy packing in two to three city breaks for the price of one, Brussels is your best base! x